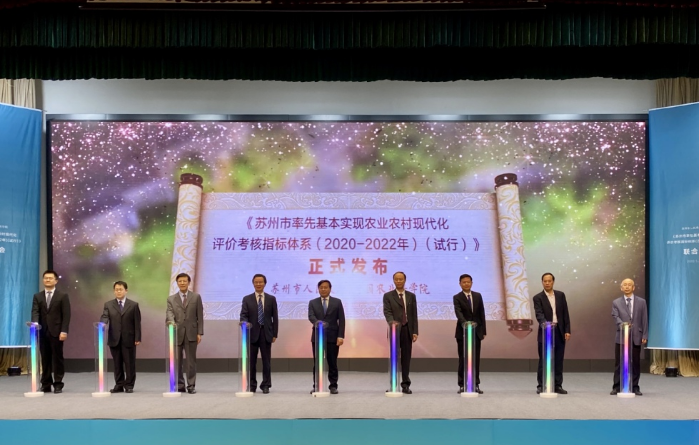 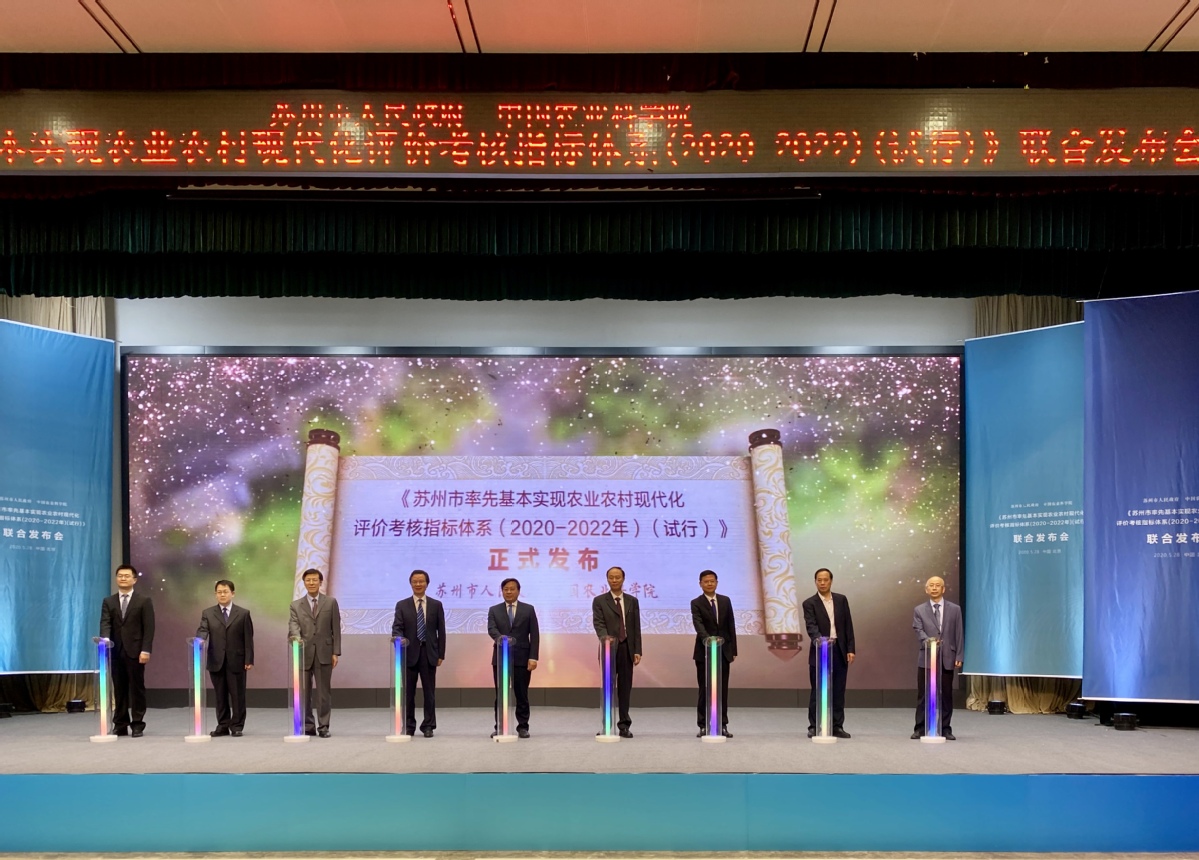 Suzhou, Jiangsu province introduced a scientific evaluation system — the first of its kind in China — on the modernization of agriculture and rural areas at a news conference in Beijing on Thursday.

The system involves four categories and three indexes to evaluate a region's status. The indexes are based on the standards of developed countries and advanced cities in China. It will be used on a trial basis with adjustments until 2022.

On the basis of the assessment, the level of a region's agricultural and rural modernization can be better understood. Suzhou scored 79.22 points in 2019 and is expected to reach 89.95 points by 2022, said Wu Yongchang, a researcher at the Chinese Academy of Agricultural Sciences who leads the evaluation system team.

Tang Huajun, president of the Chinese Academy of Agricultural Sciences, said the release of the system is an important step in building a modern Suzhou.

"In the future, the academy will strengthen its cooperation with Suzhou in scientific and technological innovation, talent training and industry incubation to help modernize the entire city," he said.

Li Yaping, mayor of Suzhou, said the city will use the system to prioritize the development of its agriculture and rural areas and to speed up the modernization process.