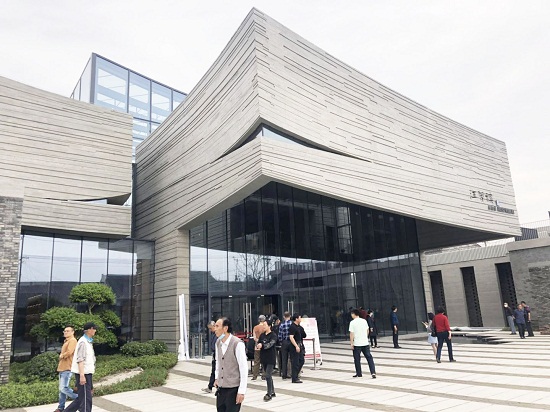 Wang Zengqi Memorial Hall opens in Gaoyou on May 18. [Photo/yznews.com.cn]

Wang Zengqi Memorial Hall officially opened to the public on May 18 in Gaoyou city, Yangzhou, marking the 100th birthday of the influential Chinese writer.

Wang was born in Gaoyou, Jiangsu province, and is famous for his realistic stories written in a simple, direct style. He preferred the short story form since life consists of episodes and avoided full-length novels and their unnatural and unrealistic nature, according literature experts. Most of his literary works are set in his hometown.

The memorial hall is made up of 11 exhibition areas over two floors. Many pieces of furniture that Wang used in his home in Beijing are displayed on the second floor.

Wang's famous stories, including The Love Story of a Young Monk (《受戒》) and A Tale of Big Nur (《大淖記事》), feature in the memorial hall.

Wang's eldest son, Wang Lang, attended the opening ceremony and expressed his gratitude to the people of Gaoyou who spoke highly of his father. He said he hoped the memorial hall would attract more visitors to Gaoyou and promote the city's cultural development.

In addition, 100 examples of Wang's painting and calligraphy works went on show at the Gaoyou Museum on May 18. 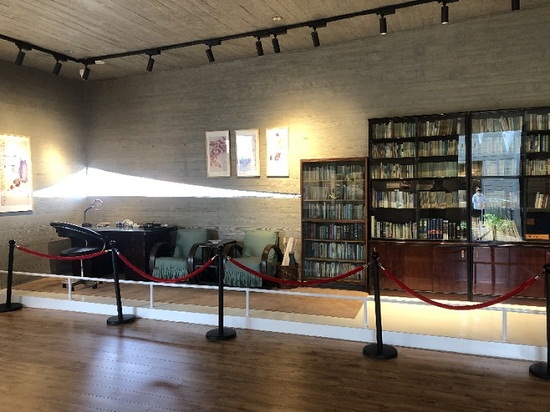 Many pieces of furniture that Wang used in his home in Beijing are displayed on the second floor of the memorial hall. [Photo/js.xinhuanet.com] 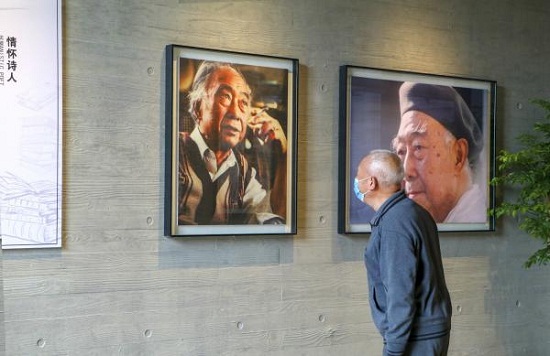 A visitor takes a look at photos of Wang Zengqi in the memorial hall. [Photo/thepaper.cn]